Randy Janzen, a Canadian family man and father of two daughters, left a chilling Facebook status update about slaying his own family on the afternoon of May 7, 2015.

The sick confession was left for friends to read on Facebook claiming taking full responsibility.

Over the last 10 days, I have done some of the worst things I could have ever imagined a person doing. First to do with my dear, sweet loving daughter Emily. The best little girl two parents could ever hope for. She was talented and smart and filled out hearts with her laughter.

She was always willing to help with a smile even when she was feeling lousy. Emily excelled at so many things but slowly had to stop almost everything because of the migraines. (But when it effected her beloved singing it took a part of her soul).

She has been very ill with migraines that have plagued her since Elementary School. This has caused her to miss two years at UBC which completely broke her heart. I don’t think anyone really knew how much pain Emily was in on a daily basis and the severe depression that these migraines caused her.

Emily watched her friends from high school move on with their lives while hers was spent wrenching into a puke tray and hours at the Emergency Rm. Since Oct/Nov her migraines have escalated to excruciating again and I just could not see my little girl hurt for one more second. She had shown unimaginable strength through a lot of migraine pain over the years and always seemed to try and look on the bright side and always loved talking about things “When I get better let’s do this and let’s do that”.

I wish sweetheart. Emily had tried everything to get better but nothing seemed to help her. I took a gun and shot her in the head and now she is a migraine free and floating in the clouds on a sunny afternoon, her long beautiful brown hair flowing in the breeze, a true angel. Then I shot Laurel because a mother should never have hear the news her baby has died.

Then a couple of days later my sister Shelly because I did not want her to have to live with this shame I have caused all alone. Now my family is pain-free and in heaven. I have great remorse for my actions and feel like the dirt that I am. I am taking full responsibility for my actions of these murders. So sorry to anyone I have hurt. Rest in peace my little family.

It took Randy 10 days to make the Facebook post. Randy was not known to have any homicidal or suicidal tendencies but decided he is the one who had the right to end the suffering of her daughter. Afterward his wife Laurel, so she wouldn’t have to hear Emily died, and sister Shelley, so she wouldn’t “have to live with this shame.”

He ended his life with a long-barrel gun lying between his legs, after having a standoff with the SWAT team and burning his house to the ground.

Randy Janzen was not the first or last person to admit a murder on Facebook. Gypsy Blancharde decided to publicize the murder of her mother on their shared Facebook account. A little later, the allegations of her now dead mother being abusive surfaced. Gypsy was forced to take unnecessary cancer medication and use wheelchair despite being able to walk.

Or Lacey Spears, who went as far as updating the entire process of her poisoning her son to death on Facebook. For years, a large audience of mothers believed her child has serious health issues, while Lacey enjoyed the attention and compassion she received. Need for attention, e.g. Munchausen syndrome by Proxy, was the motive for the crime.

All the cases added more people to Facebook’s ever-growing and unstoppable digital graveyard.

Did you know to permanently close an account for a deceased person you must provide the person’s birth and death certificate? What if you don’t have those or you’re not close enough? Then I guess you have to live with it. Such as the case with Hollie Gazzard, where Facebook refused to remove photographs of her posing with the killer ex-boyfriend who stabbed her 14 times after she tried to end their year-long relationship. Facebook’s policy is that when a profile is memorialized following someone’s death, the changes are not allowed. Now the close ones have to live with Hollie’s profile with the photos of her murderer.

Share Tweet
Bizzarrepedia
›
Morbid Reality
›
"I Took a Gun and Shot Her in the Head. Now She Is a Migraine Free and Floating in the Clouds."
Created 05 Oct, 2016 Morbid Reality, Crime
Advertisement
In & Out
Related stories from Bizarrepedia 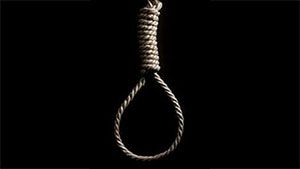 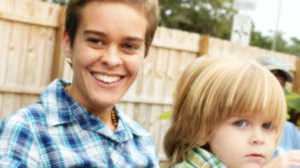 Lacey Spears: Blogger Mom Who Poisoned Her Son to Death 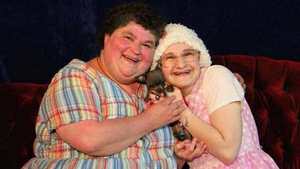 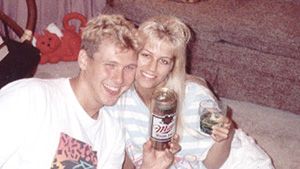 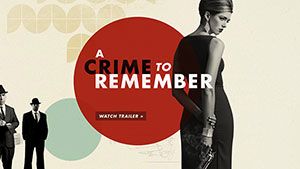 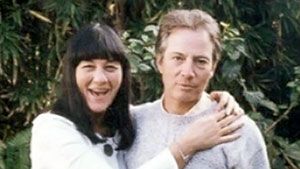