On the evening of 12 November, 1966, a group of five men were digging a grave in a cemetery on the outskirts of Clendenin, West Virginia. The deceased was the brother-in-law of one of the gravediggers, Kenneth Duncan. Suddenly, they spotted a creature they later described as a flying, brown humanoid rise up from the nearby trees and fly straight over their heads. They watched the thing fly about for a minute until it disappeared from view. This is widely considered the first canonical sighting of the creature that the media would later give the name Mothman.

The so-called Second Sighting occurred in nearby Point Pleasant on the night of 15 November, 1966. This has become one of the more notorious stories in the Mothman legend. Point Pleasant would become the town most closely associated with Mothman and it is here where the story really kicks off. Two local couples (Roger and Linda Scarberry with Steve and Mary Mallette) were driving near Point Pleasant’s McClintic Wildlife Management Area shortly before midnight. This is known to locals as the ‘TNT area’ as it was previously used by the US military to manufacture and store munitions.

As they drove past a disused power plant they spotted what they later described as a seven foot tall man with wings, big red eyes and light-grey skin flying through the sky. They estimated its wing span to be ten feet. It pursued their car as they attempted to make a getaway. They eventually lost the creature, but after composing themselves they decided to turn around and see if they could find it again.

It didn’t take them long. This time the creature emerged near the National Guard Armory. It let out a loud, disturbing screech and attacked the car with fresh vigour. It seemed to be scared of light, because when the car’s headlights shone in its eyes, it fled through a nearby field. The group instantly alerted the authorities to what they had seen.

The media caught wind of the story and it attracted widespread attention. Over the following thirteen month period, more than one hundred Mothman sightings and seemingly related phenomena occurred.

Enter: John Keel. Keel was a notable reporter specialising in the paranormal who was assigned the task of visiting Point Pleasant in December 1966 and following the Mothman story. He interviewed hundreds of witnesses over the next thirteen months. He linked the Mothman sightings with other reported bizarre phenomena in the local area including UFO and Men in Black sightings, poltergeist activity, psychic warnings, suspicious lights in the sky, widespread cases of cars stalling, televisions and telephones malfunctioning, animal mutilations and suspicious suicides. He believed Point Pleasant was what he called a ‘window’ – a magnet for bizarre and paranormal happenings. He would later write the influential book The Mothman Prophecies based on his research and experiences.

Keel became heavily involved in the case to the point of obsession, even becoming a main character in the story he was telling. He claimed to begin receiving mysterious telephone calls and psychic warnings about future tragedies. He began preparations for a cataclysmic power outage and blackout he believed would hit the United States at 5:00 pm on 15 December, 1967. He got the time and date right, but not the event.

At 5:00 pm on 15 December, 1967, the Silver Bridge, which connected Point Pleasant to Gallipolis, Ohio over the mighty Ohio River, collapsed. It was full of peak-hour traffic at the time. Forty-six lives were lost in the disaster, some of them relatives of Mothman eyewitnesses. Two of the bodies were never recovered.

Many people believed that Mothman was responsible for the bridge collapse. Indeed, several people claimed to have witnessed Mothman sitting atop the bridge just prior to it plummeting into the water on that day. The Mothman sightings abated after the bridge disaster, bringing a close to this bizarre and mysterious story. 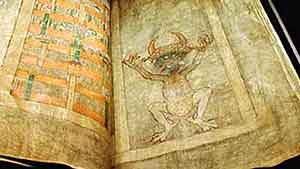