Andrei Chikatilo, also known as the Butcher of Rostov and the Rostov Ripper, was one of the most notorious serial killers in the Soviet Union, maybe even the most prolific in modern history.

The monster had an appetite for murder and human flesh. He was a child molester who enjoyed mutilating and eating his victims. When arrested, policemen noted a disturbing odor emitting from the pores of his skin, which was caused by the rotten human flesh in his digestion.

The childhood of Andrei Chikatilo

Chikatilo was born in 1936, into a small village of Yabluchne, Ukraine. Just after the Holodomor – the time when millions of Ukrainian citizens died of starvation because of Stalin's forced collectivization of agriculture. His parents were simple farmers. Chikatilo himself later reclaimed not to have eaten bread until the age of twelve. His family often had to eat grass and leaves from trees to fill their appetite. Throughout his childhood, Chikatilo was repeatedly told by his mother, that his older brother was kidnapped and cannibalized by starving neighbors. Although it has never been established if this incident really occurred, the evidence of widespread cannibalism was well documented during and after the Holodomor.

He was short-sighted and had to wear thick glasses. At school, he was regularly bullied by his peers over his physical stature and timid nature. By his teens, he was a model student and communist. When Chikatilo reached puberty, the future cannibal realized he was impotent – unable to achieve an erection or orgasm – which only added to his self-hatred and misanthropy.

In his 30's, Chikatilo found a job and relocated to Russia, renting a small apartment close to his workplace. Soon after he got married to a woman named Feodosia Odnacheva, but it was an arranged type of marriage. It occurred barely two weeks after they had met and in which the decisive roles were played by the family members. His sex life was minimal. When his wife, Feodosia, realized he was unable to maintain and achieve an erection, they agreed she would conceive by Chikatilo ejaculating externally and pushing his semen inside her vagina with his fingers. This is how they gave birth to a daughter – Lyudmila. A little later, a son named Yuri was born.

Chikatilo's life was filled with poverty, ridicule, hunger, and war.

The Butcher of Rostov

In 1970, Chikatilo obtained his degree in Russian literature and started working as a teacher. In the classroom, he was unable to maintain discipline and was regularly bullied by his students over his appearance. This was also the time he committed his first known sexual assault.

He lured a 9-year-old girl, Yelena Zakotnova, to an old house and attempted to rape her, but failed to achieve an erection. He then choked and stabbed her three times in the abdomen, ejaculating in the process of stabbing the child. Following the murder, he suddenly realized he was only able to achieve arousal and an orgasm through stabbing and slashing women and children to death. The cure to his impotence was found.

The next victim was 17-year-old Larisa Tkachenko, who was similarly lured to a remote area. The poor girl was strangled to death. Later, she was mutilated with teeth and a stick. A nipple was also torn from her body.

Chikatilo had developed the taste for human flesh and his murder spree started.

During the next 12 years, he killed, mutilated, and cannibalized at least 53 victims. He was arrested but was never charged. At least one innocent person was convicted and executed for the murders he had committed. As a result of the investigation into his killings, an astonishing 1000 unrelated crimes, including 95 murders and 245 rapes, were solved.

The whole trial was a farce. Chikatilo was inside a cage. This was to protect him from the angry family members of the victims, who shouted profanities at him. Some family members even fainted and some cried. The defendant gave dismissive replies. Some say he acted as if he was insane. Although psychiatric evaluation determined he was suffering from borderline personality disorder with sadistic features, he was declared legally sane and competent to stand trial. He was sentenced to death by shooting – a single bullet to his head.

His last words were: "Don't blow my brains out! The Japanese want to buy them!"

He blamed everything and everyone for his actions: his childhood, his blood type, and even Stalin for causing the famine. The fact is – he enjoyed killing and eating his victims. 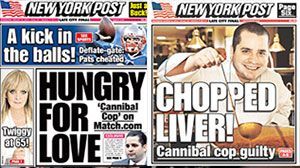 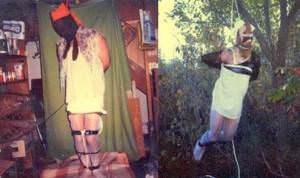 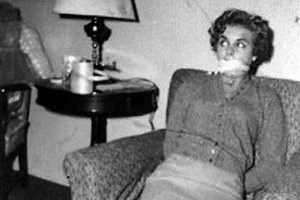 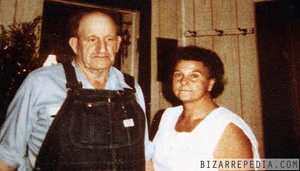 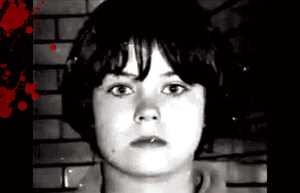