Anatoly Slivko (Анатолий Сливко) was a Soviet serial killer and sadist, who murdered young boys by hanging. After killing his victims, he dismembered the bodies and often lit them on fire; it aroused him sexually. He liked to keep the victim’s shoes as a memento, and both photographed and filmed the entire process of so-called "controlled hangings".

Just like many other serial killers, on the surface Slivko looked like your average family man, a married father of two working at a club for children – a place for young pioneers to hang out and study, the communist equivalent of the scouts.

As a child Slivko was sore and weak, he suffered from insomnia and lacked an appetite. Since he was ashamed of his appearance, he avoided peers and social activities.

By the time he was in his teens Slivko considered himself impotent. He met his future wife Lyudmila at work. Before the marriage they did not touch each other, not even a kiss. Lyudmila was the first and only woman in his life. He later recalled he was unable to have sex with his wife, despite his sincere desire and commitment. Two months after the wedding his wife went to see a gynaecologist and returned visibly upset – she had lost her virginity during a medical examination. Throughout the 17 years of marriage, they had sex no more than a dozen times. Nevertheless, his wife gave birth to two boys.

In 1961 Slivko's life changed forever. At the time, 23-year-old Slivko witnessed a gruesome traffic accident in which a boy in his early teens wearing a Young Pioneers uniform with a tie, white shirt and black shoes, was killed. The scene aroused Slivko sexually.

He later recalled the accident vividly:

I felt the attraction to boys for the first time in my life. There was a lot of blood and gasoline on the asphalt. The smell of gasoline and fire. I suddenly felt a desire to hurt a young boy like him [the victim of the accident]. The feeling haunted me, and I had to move far way to make the desire disappear. But after 5-6 months, after an ejaculation during sleep, the same excitement rose again and consistently pursued me.

It’s difficult to tell if the accident caused the trauma or was he mentally ill previously and the accident was a trigger for his deranged thinking and committing these heinous crimes.

Slivko was living in the Russian city of Nevinnomyssk, where he started working in a children’s club called Chergid. Because of his passion and know-how about tourism, he was hired to organize hikes for children. He finally found people who were grateful listeners. The boys trusted him, but Slivko soon started to exploit his position.

He wanted to relive the fantasy of the accident that aroused him. In the summer of 1964, Slivko staged his first “experiment” – a controlled hanging to unconsciousness, with a premise about stretching the boy’s spine. When the boy was unconscious, Slivko masturbated and ejaculated on the boy’s shoes. When the victim woke up, he was unable to remember anything and was lucky to survive.

A few months later, the time was ready for the first murder. 15-year-old Nikolai Dobryshev heard from Slivko about a thesis he wrote – a thesis about the limits of human capabilities. He was persuaded to take part in a “scientific experiment” to verify these hypotheses. The boy died from suffocation, despite artificial resuscitation and Slivko’s attempts to revive the victim. When Slivko was arrested, he claimed the death of his first victim was an accident.

Once or twice a year, he would form a close friendship with a young boy, gain the boy's trust and repeat the process. Some of the boys were lucky to survive. Over the course of 21 years, Slivko persuaded 43 boys to take part in his sick and sadistic experiments. Seven of them died.

Here is the compilation of the disturbing videotapes confiscated from Slivko. It’s heartbreaking, so make sure this is something you really want to see. You have been warned, my friend.

On July 23, 1985, Slivko killed his final victim - a 13-year-old boy named Sergei Pavlov who disappeared after telling a neighbour he was going to meet the leader of Chergid – Anatoly Slivko. The police carefully examined the premises of the Children’s Club but were left empty handed. But when a policeman saw an entrance with a sign saying DO NOT ENTER. WILL KILL, he decided to take a closer look. Behind the door there was a darkroom – a room for processing the light-sensitive photos. In the room, authorities discovered a set of knives, axes, rope, a loop of rubber hose, shocking photographs and hundreds of meters of film with scenes of torture, murder and the dismemberment of children.

Slivko was accused of seven murders, seven counts of sexual abuse and necrophilia. On September 16, 1989, the deranged man was was executed by the Soviet authorities. 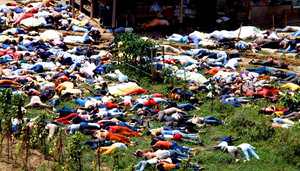 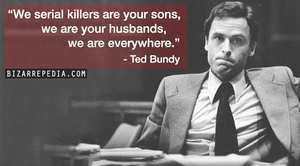